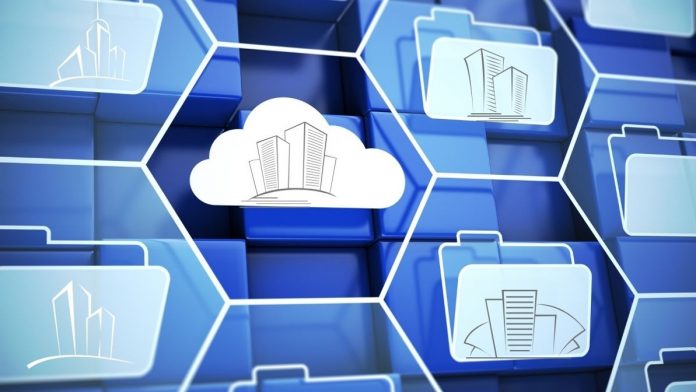 The present picture of the real estate sector consists of evolving customer needs, a drive to incorporate the latest technology that can act as a unique selling point (USP), and an effort to go smart and sustainable while complying with environment-centric regulations. As humans continue to rely on nature’s limited resources for the fulfillment of their consumption demands, the requirement for heterogeneous renewable power sources, particularly in smart buildings, has increased.

With multiple systems at one place, these power plants bring with it the promise of energy independence and reduced battery prices, amongst other advantages. Therefore, in the bid to maximise energy efficiency in real estate, the novel concept of virtual power plants is now gaining popularity.

What is a Virtual Power Plant (VPP)?

Operating as a unique energy network, a Virtual Power Plant is a cloud-based cluster of power generating units like wind farms, solar parks, combined heat and power units (CHP), and storage systems. These systems are mostly independently owned and operated units that are set up on a medium scale and work through a system of interconnected networks.

These interconnected systems are then operated through a central room of the virtual power plants or what is also known as an energy management system (EMS). By using 2 major technologies – Artificial Intelligence (AI) and the Internet of Things (IoT) – the EMS coordinates the power flows coming from the generators, controllable loads and storages.

Let’s understand this through an example.

How do Virtual Power Plants Work?

Why Should the Real Estate Sector Use Virtual Power Plants?

The development of virtual power plants has already been known to benefit various sectors with regard to electrification of transport systems, generation of green energy and the intersection of grid networks. Given the enormous potential this technology offers, the real estate sector is no alien to its promised benefits. From develops to housing associations and construction companies, the VPP technology can generate value for all.

The following are the reasons for us to consider this paradigm shift in Proptech.

First and foremost, an increasing number of consumers have begun valuing sustainability and green energy, besides an obvious will to generate additional savings on their costs. This movement has been amplified in the present times due to the UN Sustainable Development Goals and awareness with regard to the environment that has been generated by various social initiatives.

Additionally, we need to realise that the idea of a constructed environment is graduating from a mere space that is offered to a customer into a service in itself. This is in amplification of the concept of space as a service that focuses on the taylorization of services as per the needs that are specific to each and every user.

Space as a service (SPaaS) refers to the model of combining a physical location along with the provision of essential amenities in order for the space to deliver an all-encompassing experience. In essence, the concept aims to combine real estate with extra ordinary user experience (UX). Besides offering enhanced productivity, the space as a service business model is a method for great cost savings.

The newly developed concept of VPP aims to relieve the load on the power grids. This is made possible by the smart method of distributing the power generated by the individual units during periods of peak load. In addition to this, the total power generation and power consumption of the units in virtual power plants is traded on the energy exchange.

The aggregation of data provides a reliable energy supply, while saving the need for reliance on fossil fuels. By virtue of their efficiency, virtual power plants, therefore, promise to benefit the entire energy value chain.

The virtual power plants provide us with an opportunity of an additional revenue generation system given the wide array of business models that have been produced, in turn creating a broader range of stakeholders for the constructed environment.

While the Virtual Power Plant might seem to be a far fetched idea that can not be suited as per everyone’s budget, what must be realised is the fact that the proposed model and solution is soon to be standardised due to its minimal cost. Installing VPPs might not even remain an option.

How Virtual Power Plants will Benefit the Indian Real Estate?

Several countries in the world are becoming increasingly aware of the norms of environmental protection, and India is not far behind in the race. India has set a target of achieving 175GW renewable energy by 2022 and smart technologies will have a significant role to play in this.

There has been some transformation in the Indian real estate sector too in recent years as newer renewable resources have been stepping into the picture. The limited supply of fossil fuels and the growing need for technology enabled buildings has led to further research in the use of alternative sources and mediums for energy management, leading to the penetration of distributed energy resources (DER) in the country’s real estate industry.

The government’s focus on developing 100 smart cities, pan-India, using ‘smart solutions’ is already promoting the development of the real estate and construction sector. What is important to note, however, is that the National Smart Grids Mission under the Ministry of Power is acting as a catalyst in the growth and development of smart cities.

Spanning more than 3 million sq km, 260 GW capacity and 200 million plus customers, India operates one of the largest synchronous grids in the world. However, the estimated power demand in India will surge to almost 900 GW by 2032. Plus, with the real estate sector poised to reach market value of US$ 1 trillion by 2030, India is now strengthening the electrical network by combining automation systems, communications, IT and smart real estate to build a strong and smart grid.

Smart grids represent the use of modernised power grids that integrate renewable and distributed energy sources like solar and wind plants into the grid using ICT Technology. As discussed, DER refers to any energy resource which is connected to the grid at distribution level. This integration of DERs has facilitated the shift from centralized to decentralized systems-a concept on which virtual power plants actually works. This is done to provide reliable and quality energy supply to end-users.

Although there are many core infrastructure elements that define both the missions, combining smart grids with the national smart cities mission will therefore open the gateway of using virtual power plants, quite significantly, across cities. This means that power generation and supply can be ensured even without the presence of utility grids in an area.

Owing to the fact that the design of the proposed model allows the setting up of a database practically anywhere, the concept of virtual power plants possesses the potential to improve the socio-economic condition of the country.

Challenges Faced in the Process of Development

Even though the development of virtual power plants opens up great prospects for the Indian real estate industry, the implementation of the proposed strategies is not devoid of its many challenges.

In a world scenario, where thousands of people live without power and yet there is wastage during the consumption, it is high time for us to buckle up and move to more sustainable solutions that guarantee concern for the future. As of now, the real estate sector in India is far from having channelised these benefits. As a growing number of companies in the UK and the rest of Europe take this step towards sustainability, it does offer some hope for green energy generation in the world. The very first step, therefore, is the upgradation of technology to standards that are compatible with SaaS based virtual power plants. Even though this might be a hard road to travel, the returns are definitely worth it.

Whats on your mind? Let's talk.